African herbal medicine is based on natural healing for overall wellness 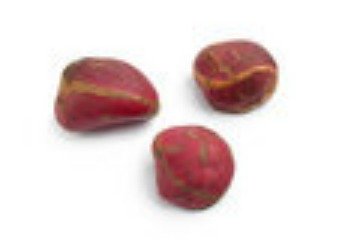 African herbal medicine is definitely a part of history and it was specifically designed to treat the physical, mental and spiritual causes of various ailments that plague people every day. African medicinal herbs have been used for centuries with positive results.

However, this type of herbal medicine might be the most misunderstood of all traditional medicines. It is considered by majority of Westerners as the collective term for various medical "voodoo" and that those who practice it are called witch doctors or "voodoo" doctors.

This mental approach in regards to African herbal medicine is simply a superficial attempt at understanding the true meaning of African sacred realities in respect to religion, philosophy, and herbal medicine.

The truth of the matter is that this type of herbal medicine has been around for ages and is intermittently connected with spirituality and religion. Therefore, the main focus should be on the genuine practice belief of this nation and not on the witch-doctor myths.

In the continent of Africa, this herbal medicine is traditionally called Yorubic medicine. Its origin came from a religious text, called Ifa Corpus. According to this tradition, the Ifa Corpus was revealed by the mystic prophet, Orunmila, about four thousand years ago in the ancient city of Ile-Ife, currently known as Yorubaland. The last four hundred years saw individuals in the Caribbean and South America practice the Yorubic healing system as a relic of their past when the first African slaves arrived in the Americas.

The prophet Orunmila taught his people about the realities of divination, prayer, dance, symbolic gestures, personal, and communal elevation. He also taught them how to do spiritual baths, meditation, and especially herbal medicine. As a matter of fact, the Ifa Corpus is known as the foundation of the art of divine herbology.

In regards to all ancient systems of medicine, Yorubic or African herbal medicine thrives in the ideal of conditioning the body in its entirety so that diseases will not attack the body. According to historical records, the Yoruba individuals are actually an East-African tribe who moved from the mid-Nile river to the mid-Niger area. In his demonstration, Olumide J. Lucue stated that “the Yoruba, during antiquity, resided in ancient Egypt before migrating to the Atlantic coast.”

African amulets and charms were common

Therefore, Egypt being its roots, it is therefore unavoidable that this herbal medicine became associated with magic habits. Amulets and charms were much more common than pills as preventive or curatives of diseases. The Priests, who were from the earliest days the progenitors of science and medicine, considered diseases as possession by evil devils and could be treated using incantations along with extracts from the roots of certain medicinal herbs or plants. The psychosomatic system of healing disorders used mostly by psychiatrists today is based loosely on this ancient custom.

Myrrh is mentioned in the Egyptian papyri of 2000 B.C.  It is useful medicinal plant to treat skin ailments as well as blood circulatory problem.  For thousands of years it has been used and burnt as incense.

Aloe vera plant is a long standing herb in Africa and all parts of the globe.  It is an excellent cleanser for the body, a laxative and a bitter tonic.

Eucalyptus is used by Africans to prevent malaria.  It is also an excellent medicinal herb to treat respiratory ailments.

Gotu kola is utilized as the medicinal herb for memory.  It has the ability to enhance mental conditions.  This medicinal plant is a known fact that it aids elephants in having good memory and in Africa elephants eat this herb and so it was examined and found to be indeed good for the memory.

Kola nut medicinal herb is traditionally used in Africa as a tonic to treat heart conditions.  Other African herbs are onion, thyme, ginger, arrowroot, buchu as well as yohimbe.

Ewe, the Yoruba word for herbs in Africa

In African herbal medicine, ewe is the Yoruba word for herbs in Africa. It is believed to possess spiritual powers, and it is therefore harvested for medicinal and spiritual purposes. Herbalists who practiced herbal medicine of Africa used it for medicines, baths, and religious artifacts. They believed that ewes are for the "healing of Nations" and their medicinal and spiritual use have become widespread in the New World. Currently, many health food stores, in connection to African herbal medicine,  sell ewes in powder, leaf, and capsule form.

Return from African herbal medicine to history of herbs