Anise Medicinal Herb can Prevent the Growth of Diseases 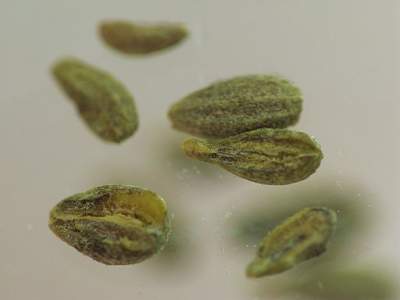 Anise (Pimpinella anisum) medicinal herb is a herbaceous plant which goes back thousands of years making it one of the oldest herbs amongst the herbs list. This medicinal plant was even mentioned in Matthew 23:23.  It is native to Egypt, Greece, Crete and Asia Minor and it is of the family, Umbelliferae.  This was also one of my grandmother's favourite herbs.  She often spoke about its goodness.

Some of the common names are Aniseed, Pimpinella anisum, Star anise, Eight horns, Illicium, Sweet Cumin. Some people refer to it as a star because it is shaped like a star with eight to twelve points. The name of this medicinal herb in China means eight points.

The medicinal uses of this plant are many which include the treatment of gas in the stomach as well as in the bowels. Therefore, an individual who has a long history of suffering with gas would do well with this medicinal herb.

It is one of the ingredients found in products relating to breast enhancement. This is due to the fact that like other plants, it possesses estrogenic properties, which of course is natural. This property will boost the growth of healthy tissue and regulate hormones which may be helpful in breast enhancement.

It is also an effective alternative medicine and expectorant for cough remedies, bronchitis and mucus obstructions.  It is a good herbal remedy for respiratory tract infections, influenza, swine flu and bird flu,

However, the seeds have been utilized for smoking in order to cough up and spit out mucus and phlegm and other matter brought up from the lungs, bronchi as well as trachea. The smoking of the seeds should only be used for this purpose.

In all probability because of its estrogen content, it is best known to revitalize and energize all glands and organs in the body.

It is really a nausea and colic remedy, especially for babies, and in addition an herbal remedy to cure flatulence or acid reflux. For intestinal colic, the dosage is ten to thirty of the grains powdery seeds steeped in distilled water, taken in wine glassful doses, or four to twenty drops of the volatile oil on sugar.  For the uneasiness of lethargic digestion, a dosage of the essence in hot water at bedtime is very much recommended.

It has a taste similar to that of licorice and it is therefore good to treat bad breath. The flavor is mainly derived from one of its constituents, anethole.

It is also seen as a very effective culinary herb as it is used in kitchens worldwide.  It is very important to Chinese and also to Vietnamese who make it as a primary ingredient in their cooking.

In the seventeenth century Europe utilized it in in their jam and pastry.  It can also be found in various liqueurs including Pernod, Anisette as well as Galliano.

The tea is really useful in regards to infantile catarrh. It is prepared from pouring out one-half pint of boiling water on two teaspoonful of the powdered seed. Then sweetened, with honey preferably and given cold in dosages of one to three teaspoonful as often as possible.

Another dosage is one teaspoonful of the seeds per cup of boiling water and taken two to three times daily.  The tea may also aid in weight loss.  Also, if you suffer from insomnia, a cup of the star herb may help you to sleep much better.

Beat eggs and sugar together in a mixing bowl.  Then add seeds, vanilla and also the butter. Mix thoroughly, then add flour as well as the baking powder.  Again mix thoroughly until mixture is well blended.  The result should not be sticky but soft.

Remove the dough from the mixing bowl and then divide it into two pieces.  Make each piece looking like a huge hot dogs.  Place on a pan that is lined with baking parchment and then flatten to approximately one inch thick.

Place in a preheated oven that is 350 degree and bake for about half an hour until it is golden brown.

Enjoy your Italian Biscotti with a touch of star anise seeds.