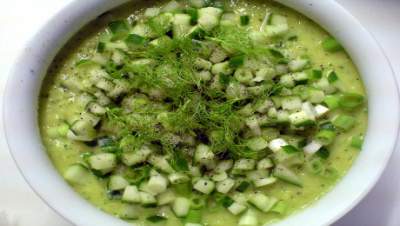 Fennel has many common names, two of which are Finocchio as well as Carosella. It is from the family, Umbelliferae and it is native to the Mediterranean region. It is a perennial plant which boast yellow flowers as well as feathery leaves.

Traditionally in Greece, this plant was called marathon due to its flourishing ability to spread and to have a healthy appearance. Due to its many health benefits and herbal remedies, traditional Greeks name a place after this medicinal herb, the name being Marathon, and the meaning of this is “place of fennel.” This place put a stamp in history because Marathon was the place where the notable "Battle of Marathon" occurred in 491 B.C.

The Romans and benefits of fennel herb

The Romans however, loved fennel mainly for its culinary purposes and so utilized it as an ingredient in cooking. During the expansion of the Roman Empire, they made sure to bring this herb along with them. Due to this happenings, it grew with civilization, growing in many parts of the world, thriving primarily in soil with limestone. It is now accepted in other parts of the world such as England. Species of fennel are primarily grown on chalk cliffs which are close to the ocean as well as chalky inland regions.

As a home remedy, this herb may be combined with sodium bicarbonate as well as syrup, making it a natural gripe water for babies.

There are other numerous fennel benefits, some of which are summarized in the following words of Culpepper:

“One good old custom is not yet left off, viz, to boil fennel with fish, for it consumes the phlegmatic humour which fish most plentifully afford and annoy the body with, though few that use it know wherefore they do it. It one of the benefits of fennel, because it is a herb of Mercury, and under Virgo, and therefore bears antipathy to Pisces. Fennel expels wind, provokes urine, and eases the pains of the stone, and helps to break it."

"The leaves or seed boiled in barley water and drunk, are good for nursing mother, to increase their milk and make it more wholesome for the child. The leaves, or rather the seeds, boiled in water, stayeth the hiccup and taketh away nausea or inclination to sickness. The seed and the roots much more help to open obstructions of the liver, spleen, and gall, and thereby relieve the painful and windy swellings of the spleen, and the yellow jaundice, as also the gout and cramp."

“The seed is of good use in medicines for shortness of breath and wheezing, by stopping of the lungs. The roots are of most use in physic, drinks and broths, that are taken to cleanse the blood, to open obstructions of the liver, to provoke urine, and amend the ill colour of the face after sickness, and to cause a good habit throughout the body; both leaves, seeds, and roots thereof, are much used in drink, or broth, to make people more lean than too fat. A decoction of the leaves and root is good for serpent bites, and to neutralize vegetable poison, as well as mushrooms."

These words stand true today as fennel continues to perform its medicinal benefits worldwide and to be known as one of the greatest herbal medicine. The benefits of fennel can be compared to the rest of effective herbs that are commonly used today.

Return from benefits of fennel to herbs for diseases

You may also want to read about fennel herb.