Cumin medicinal herb is an excellent remedy for nausea 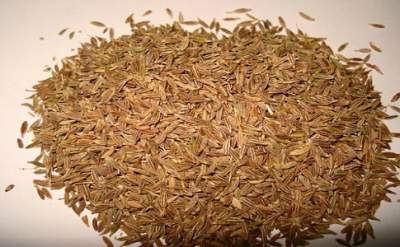 Cumin (Cuminum cyminum) medicinal herb is a slender plant of the parsley family and it is originally cultivated in Iran and the Mediterranean region.  It is now mostly grown in morocco, Egypt, India, Syria, North America as well as Chile.

This is done primarily to market the spice because the spice is popularly used to season meats, sausages, meat balls and various other dishes.   It is one of the most common ingredients used in Cuban cuisine.

It is one of the prized spices in Morocco where it is home grown.  Moroccan cuisines are considered sumptuous and diversified by producing several types of food to which the spice plays a part.

Costa Ricans commonly used culinary herb in every meal because it adds extra flavor and gives the food a very satisfying taste.  The Cosa Ricans take great pride in preparing their food and so who would not want to add this versatile spice to their meals.

It is as old as the hills, dating back to 5,000 BC.  An ancient spice, it was known to the Egyptians and was found in the pyramids. There are also Biblical references to this medicinal plant. Therefore it can be describe as a Bible herb.

It is mentioned in the Book of Isaiah as well as the Gospel of Matthew. It can be grown in most temperate climates of the world and it is used in powdery form as well as whole.

The name is really an ancestral part of the Persian city of Kerman. The local name for Kerman was, Kermun which a while later became Kumun and finally the current name in European languages.   So some of the common names are Cuminum cyminum, Kumen and Kumin.

The dried aromatic fruit
is referred to as cumin seed

The dried fruit of the small herbaceous plant with small, rose-colored or white flowers has a warm, earthy taste and is slightly bitter. It has finely divided leaves and possesses a peppery flavor as well as a rich aroma.

It is commonly used in chili powder, Indian curries and middle eastern cuisine and when combined with other spices it can be found in red sauces. It also adds flavor to foods, liquors and beverages and it can also be used as a preservative.  Most chilli recipes are never without this precious herb.

It occupies a place in the works of notary persons in herbal healing such as Hippocrates and also Dioscorides. Pliny wrote that the ancient Greeks grounded the seed of this herbal plant and consume it as medicine along with bread, water or wine.

This medicinal herb is a very good source of iron and it is used to improve the digestive system, digestive tract spasms, improve respiratory problems and it can also be mixed with onion juice into a paste to relieve pain and swelling.

This can be found in herbal supplement and herbal extracts and is used to relieve indigestion, colic, flatulence and diarrhea, and to improve liver function.

It will strengthen the immune system and aid in preventing cancer. Also, the fruit contains fatty oil with resin, mucilage and gum, malates, as well as albuminous matter.

The thin coating of the seeds produces a great amount of tannin which is good to remedy the flatulence of languid digestion. It was also used to treat colic and also dyspeptic headaches. The oil is an ingredient in some perfumes as well as in medicines attributed to animals.

When it is combined with other medicinal drugs, it forms a stimulating liniment to use in treating wounds and sores.

Put a teaspoonful of the seeds in a piece of thin cotton, make sure to tie it to prevent any seed from escaping and then inhale cumin to alleviate sinusitis.

Return from cumin to history of herbs