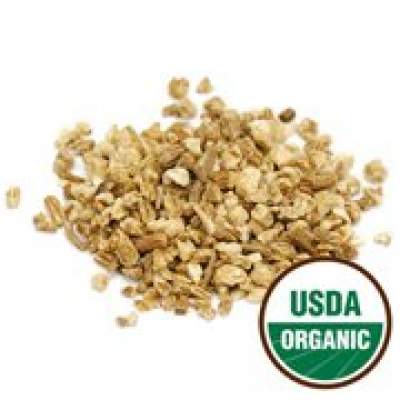 Dong quai (Angelica sinensis) medicinal herb is aromatic and it is very popular in eastern herbal medicine for treating gynecology ailments, fatigue, mild anemia and high blood pressure. This medicinal plant is excellent for menopause and is very popular amongst herbalists for the symptoms of menopause. The main part used as herbal medicine is the root.  It is a fragrant, perennial plant and it is from the Umbelliferae family.

The common names are angelica, Dong-Quei, Dong-Quai,Chinese angelica, Tang-Kuei or Dang-Qui.  It is native to China, Japan and Korea and it possesses sedative effects.  The medicinal properties are adaptogen, sedative, antiviral, anti cancer, tonic, emmenagogue, antispasmodic, diaphoretic and anaphrodisiac, analgesic.

It is referred to as the female version of ginseng.   Ginseng for the men and Dong quai for the women. As simple as that.  It is, therefore, deemed a very powerful herbal drink for women.  It is also seen as the number two tonic drink next to ginseng which is seen as the number one tonic drink from many users, especially the men.

A panacea for every woman's ailments

In China and most of Asia it is seen as a wonder herb and is considered a panacea for every woman's ailment. However, it is of paramount importance that you do not use it during pregnancy because it is traditionally seen as increasing the risk of a miscarriage.

The dried root of this medicinal herb is commonly known in China as Radix Angelicae sinensis, or Chinese angelica and it is used as a fertility herb.

It contains some active substances which is responsible for its effectiveness as a herbal tonic, according to researchers, in regards to women's reproductive system. These substances are referred to as coumarins.

It is a natural remedy to improve and promote the hormonal balance during the menopause and Perimenopause and will also help with menstrual cramps. This is frequently used in Chinese conventional medicine to treat high blood pressure, gynecological disorders, tiredness as well as anemia.

It is an herbal fertility remedy and is one of the most powerful tonic for females.  It is effective in promoting blood flow to the reproductive organs, and regulating uterine contractions.

Coumarins that are found in it are useful and beneficial to the body in the sense that they have the ability to widen the blood vessels, re-energize the central nervous system, as well as elevate the flow of blood throughout the body system.

They are also able to promote a tranquil and relaxed feeling to the walls of the uterus which is why dong quai is able to alleviate menstrual pains and cramps.

There are other substances such as phytoestrogens which are similar to human estrogen. Due to this similarity, these substances have a special attraction to estrogen sites on the human cells and then they act upon them resulting in the belief that angelica will fight against breast cancer.

It has long been used in Chinese medicine for various hemorrhages, colds, constipation, dyspepsia, fever, as well as cirrhosis of the liver, decrease endometriosis pains, fights against tiredness as well as lower high blood pressure.

This is an all purpose herb and should be in every household to be used in home remedy.

As an infusion, put one teaspoonful dried root to one cup water and steeped ten to twenty minutes before consumption.

It is advised by Chinese herbalists to avoid eating fruits or taking other medicinal herbs for at least three hours after taking angelica.

Angelica is also considered a mild laxative so it is important to consult with your physician before taking it if you are experiencing an attack of diarrhea.

It possesses an ingredient which is known as psoralens. This substance when exposed to sunlight may cause skin conditions such as rashes and burns. So it is always good to limit the amount of sun you will be exposed to when taking Dong Quai.