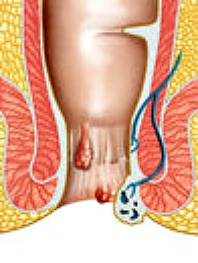 Treatment for piles or hemorrhoids can be extremely embarrassing, painful as well as uncomfortable and dangerous to one's health. However, finding an effective piles treatment is not very easy easy.

I found this article very interesting and hope that it will be of help to anyone who is suffering from piles.

The following was extracted from the Nigerian Tribune

Many indigenous plants have been used since time immemorial for curing various ailments and thus lessening human suffering without the actual knowledge of the active ingredient which caused relief. The potentialities of some of these plants have been established.

About 80 per cent of Western pharmaceuticals have their origin in plants and even now, screening of plants for chemicals to find new pharmaceuticals is rapidly on the increase. Many nations have set up ethnobotanical facilities to study traditional medicine or specific projects to study the plants used in traditional medicine for various health problems such as hemorrhoids.

Many people across the globe experience the discomfort and pain associated with hemorrhoids. Although they can be embarrassing to talk about, anyone can get hemorrhoids, even healthy young people in good shape.

What are piles? - Herbal Piles Treatment

Hemorrhoids, also called "piles," are swollen tissues that contain veins. They differ depending on their location and the amount of pain, discomfort, or aggravation they cause. When they are located in the wall of the rectum and anus, they may cause minor bleeding, itching in the anus area, or protrusion during bowel movements.

Hemorrhoids are unique to humans - no other animal develops them. Although they can occur at any age, they are more common as people get older. Among younger people, they are most common in women who are pregnant.

Often described as "varicose veins of the anus and rectum," hemorrhoids are enlarged, bulging blood vessels in and about the anus and lower rectum. 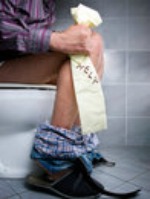 The exact cause of hemorrhoids is unknown. However, the upright posture of humans alone forces a great deal of pressure on the blood vessels that takes away blood from the rectum, which sometimes causes them to bulge.

Other contributing factors include chronic constipation or diarrhea, straining during toileting, faulty bowel function due to overuse of laxatives or enemas, heredity and spending long periods of time (e.g., reading) on the toilet.

Researchers in a survey of indigenous plants used in the treatment of hemorrhoids in South-Western Nigeria found that a total of 143 plants were used for its treatment. It involved major towns and cities such as Ibadan, Abeokuta, Ijebu-Ode, Ijebu-Igbo, Ago-Iwoye and Lagos.

The survey entitled, “Ethnobotanical Survey of Plants Used in the Treatment of Hemorrhoids in South-Western, Nigeria” was documented by the 2011 edition of the Journal of Advances in Developmental Research. It was carried out by Mike O. Soladoye from the Department of Plant Science and Applied Zoology, Olabisi Onabanjo University, Ago-Iwoye, Ogun State in collaboration with Michael O. Adetayo; Emmanuel C. Chukwuma and Amusa N. Adetunji.

From the opinion of the 25 people interviewed, if internal hemorrhoids is not treated, it can lead to external hemorrhoids and, as such the special diet that was recommended, apart from herbal recipes, is vegetable which should be slightly cooked. They include green spinach, Amaranthus viridis (Tete in Yoruba), Celosia (Sokoyokoto in Yoruba) and water leaf (Gbure in Yoruba) as well as Occimum gratissimum (scent leaf, Efinrin ajase in Yoruba and Nchuanwu in Igbo).

Interestingly, the survey indicated that the acceptance of herbal medicines and herbal practitioners by the educated class, the problem of finance and the maintenance of medicinal plants are still of much concern, though some measures of progress have been made in the past.

One of the six recipes that the survey documented involved carefully washing bark of Anthocleista djalonensis (Sapo in Yoruba) that were cut into pieces, and soaking it with water or alcoholic beverage with other plant materials for three to four days.

Two wine glassful of the filtrate is taken daily until the ailment disappears.

I hope this article on herbal piles treatment will be of great help to all readers.