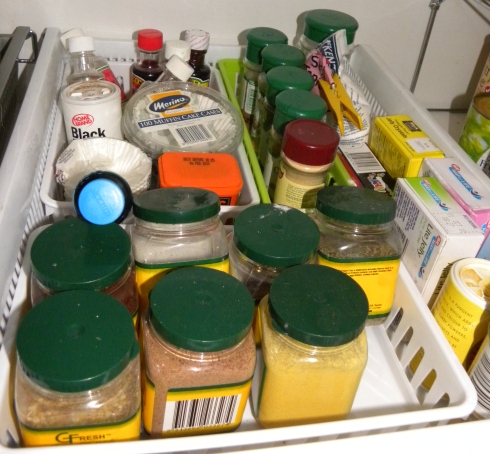 History of herbs boasted of individuals who were free of bone diseases and free of digestive tract illness because they practiced a natural food diet and they used medicinal herbs for their own benefits.

These dynasties enjoyed a very good holistic health and the uses of medicinal plants for medicine and other purposes changed little in early medieval Europe.

The history included many Greek and Roman writings on medicine, as on other subjects, were preserved by hand copying of manuscripts in monasteries.

The monasteries thus tended to become local centers of medical knowledge, and their herb gardens provided the raw materials for simple treatment of common disorders.

Folk medicine was very popular during this time

At the same time, folk medicine or traditional medicine, in the home and village continued uninterrupted, supporting numerous wandering and settled herbalists.

Among these were the “wise-women,” who prescribed herbal remedies often along with spells and enchantments.

It was not until the later years that women who were knowledgeable in herb lore became the targets of the witch hysteria.

One of the most famous women in the herbal tradition was Hildegard of Bingen.  A twelfth century Benedictine nun, she wrote a medical text called Causes and Cures.

Continuous importance of the history of herbs

The continuing importance of herbs for the centuries is indicated by the hundreds of herbals published after the invention of printing in the fifteenth century.

Theophrastus’ Historia Plantarum was one of the first books to be printed, but Dioscorides’ De Materia Medica, Avicenna's Canon of Medicine and Avenzoar's pharmacopoeia were not far behind.

The history of medicinal herbs continued in the fifteenth, sixteenth, and seventeenth centuries were the great age of herbals, many of them available for the first time in English and other languages rather than Latin or Greek.

The first herbal to be published in English was the anonymous Grete Herball of 1526.

The second millennium, however, also saw the beginning of a slow erosion of the preeminent position held by plants as sources of therapeutic effects.

One of the oldest available records on the use of medicinal plants in the history of herbs was found in Egypt.

Known as Papyrus Ebers, these scrolls date back to the second century B.C. and describe ailments affecting the Egyptians people as well herbal remedies.

Medicinal herbs such as cumin, fennel, caraway, bay leaf, myrrh, licorice and many others were are seen as integral parts of the history of herbs and were used at that time. Today they are just as popular and very beneficial to all users.

We cannot omit the history of African Herbal Medicine which has been in existence for thousands of years and is undoubtedly a part of the history of herbs.

The Bible emphasizes the need of these medicinal herbs

The Bible cannot be excluded from this history because it engulfs herbalism as the way for the healing of the nations.

After God created human beings, He told them what He had made for them to eat.

In Genesis 1:29, it says, "And God said, Behold, I have given you every herb bearing seed, which is upon the face of all the earth, and every tree, in the which is the fruit of a tree yielding seed; to you it shall be for meat. The history of herbs is a part of God's plan.

Return from History Of Herbs to Home Page

Traditional Medicine includes the use of medicinal plants and reflects the racial environment and historical background of the people in their specific country.

Medicinal Uses of Herbs Not rated yet
Medicinal uses of herbs has been in existence since the beginning of times. It is older than Western treatments in the form of antibiotics as well as …

The Scientific Evididence of Medicinal Herbs Not rated yet
Clinical and laboratory studies of medicinal herbs have generated evidence that herbs can effectively treat many diseases or ailments. This was endorsed …