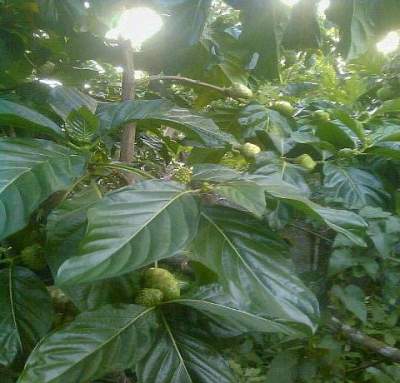 For years, Jamaica has been sitting on a virtual gold mine of locally grown plants that experts value in the millions of dollars, if only they could be processed for the burgeoning international market in nutraceuticals. But Jamaica has awakened from its slumber and things are about to change. The state-run Planning Institute of Jamaica (PIOJ), which is heading up an initiative to establish a viable nutraceutical industry in Jamaica, estimates that all it needs now is money in the region of US$2 million to complete research leading to full-fledged commercialization.

Success in establishing the industry here will be more than worth it. PIOJ estimates the global market for medicinal plants was US$75 billion in 2002. With an annual growth rate of seven per cent, it is projected that the market should be worth US$240 billion by next year.

The multi-billion dollar enterprise in natural products is currently dominated by Europe and the United States, but consultant Christine Duncan says Jamaica could become a serious contender. She is generously supported by the facts: 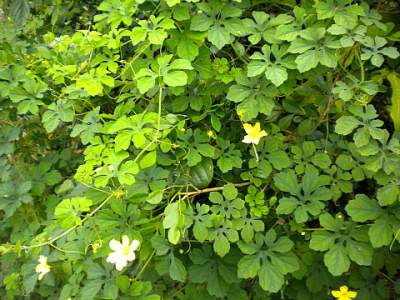 The PIOJ and its partners in the initiative - the Scientific Research Council (SRC) and the University of the West Indies (UWI) - are convinced Jamaica could quickly get into production of things like dried and fresh herbs and herbal teas; essential oils and plant-derived purees; liquid extracts and tinctures; and exotic herbal drinks and cosmaceuticals.

They have been encouraged and motivated by the findings in an earlier research phase costing them a sizable US$500,000.

Duncan said that the group was now busy preparing a proposal to submit to local and international donor agencies, hoping to raise the estimated US$2 million to complete the research. The Jamaican Government is expected to chip in with technical support. The project began in January of last year and is scheduled for completion in December 2005.

"There is a series of planning meetings going on right now that will facilitate us putting together the final touches on a proposal that will be going to these donors," Duncan tells the Observer. "The funds will go toward the construction of a tissue culture lab, complete with the requisite equipment for the level of research that is being undertaken," she adds.

The UWI is taking the lead in fundraising and has formed a consortium to develop the project. The consortium has in turn signed a Memorandum of Understanding (MOU) with the PIOJ earlier this year.

"On March 18 they signed an MOU agreeing to this collaboration." says Duncan. "Based on that, we have moved forward, put together a proposal with budgets, which will now go toward donors for funding."

The combined effort is expected to result in a more organised and developed local nutraceutical industry that could potentially see the island earning millions of dollars annually, at a time when consumers - locally and overseas - are increasingly favouring natural products (nutraceuticals) over synthetically-produced items (pharmaceuticals).

For its part, the Scientific Research Council has been marshaling much of the technical work.

Says Dr Audia Barnett, the SRC's executive director: "We are working closely with the Bureau of Standards in terms of standardising. We both extract and standardise so that wherever you go in Jamaica you will be able to come up with a standard product. That is very important when you are dealing with exports."

Some medicinal plants that are currently been looked at

Among the medicinal plants that are currently being looked at by the SRC are ginger, rosemary, sorrel, turmeric, and lemon grass. The University of the West Indies' biotechnology unit is, in the interim, looking at neem, sarsaparilla, pimento, kola nut and noni.

Credit for the national effort to get the nutraceutical industry going in Jamaica is largely due to the biotechnology centre of the UWI, which convinced Finance Minister Omar Davies of its viability two years ago. Davies, after listening to a presentation, gave the directive to the NPC to support the commercialisation of locally grown medicinal plants.

"Most people know that brand Jamaica is well established in the overseas market. What we want to do is to capitalize on this and look at some of our traditional knowledge (of herbal plants) and try to validate as much as possible and then see if we can look at value-added products from some of these extracts from plants," Barnett explains.

"We have been doing quite a bit of work in that area, and the national project, under the PIOJ, will help to pull it at the marketing end. We will be. extracting the actives, looking at some product development type of prototypes and then passing these on to private industry, which will then be looking at marketing overseas," she adds.

"Once this phase is over, we feel that we'll be in a position to provide the private sector with enough material to actually start some marketing at a low level," consultant Duncan discloses. 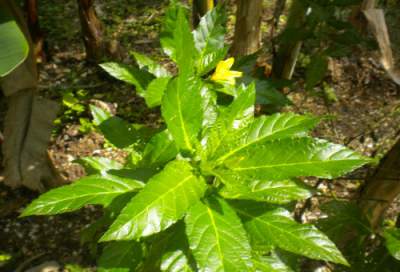 To ensure that the private sector is in a position to undertake this task, Duncan discloses, there is ongoing effort toward capacity building. For starters, last year, those with interest in the industry organized themselves into the Jamaican Herbal Business Association, and constituted the local chapter of the Caribbean Herbal Business Association.

At the same time, JAMPRO, the state's investment clearing house, is currently implementing a marketing and plant yield survey funded by the Centre for Development and Enterprise in Brussels. This programme will allow JAMPRO to help private sector companies with marketing and promotions and to provide training to the Jamaica Herbal Business Association.

In addition, some 20,000 herbal farmers have been mobilized to form the Jamaica Herbal Farmers' Co-operative later this year, with support from the Registrar of Co-operatives, Department of Co-operatives and Friendly Societies. The PIOJ, the UWI and JAMPRO, will, in the interim, assist with a five-year business plan for the co-operative.

Barnett expects fairly smooth sailing, once the project gets off the ground. "One of the promising things in the area (of nutraceuticals and cosmeceuticals) is that they don't have to go through as rigorous a test as pharmaceuticals, which take almost 20 years before you can put something on the shelf," she says.

"Definitely, we have to ensure that the products are safe, but because we are using food products that have already been consumed and found to be non-toxic, we will be able to get them out in the market place that much faster," she argues.

One final spin-off of the research initiative is that Jamaica will at long last have a national policy on herbal medicine.

Popular song composed in Jamaica during the year 1930 in regards to vendors selling medicinal plants in Kingston.

Sweet broom, cow tongue and granny scratch scratch, Belly pullum and guzum weed.  She fill up fi mumma, fill up fi puppa, Jacob ladder and alligator weed, Lime leaf, pear leaf, soursop leaf.  The only thing she did not have was the wicked ganja weed."

Medicinal plants will always play an important role in the history of Jamaica.

Return from medicinal plants to herbs