Rosemary herb can comfort the brain, strengthen the memory, and restore speech 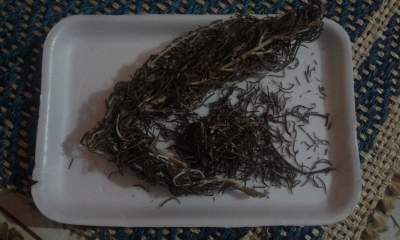 Rosemary herb is an old fashioned medicinal remedy used for centuries for various ailments.  It is very popular and it is utilized wildly almost everywhere.

The main parts used as herbal medicine are the leaves and flowers although the whole plant may be used.

Rosemary medicinal herb is native to the Mediterranean area and it is grown in cliffs above the sea.

The botanical name, Rosmarinus means, "dew of the sea." There are two basic kinds, one having a blue flower and the other is white.

Both of them have the same medicinal properties and they are excellent herbs for diseases.

The legend behind rosemary plant is that the flower was originally white, but turned blue when Mary, on her journey to Egypt hung her coat over a rosemary bush.

It was then named Mary's rose or the rose of Mary, which in later years was changed to rosemary.

In the middle ages it was put into pillows to prevent bad dreams.

It is believed to grow only in the garden of the righteous and was used as a magic charm for protection from evil.

It is one of the aromatic herbs

I love rosemary very much because the leaves are pungent and pleasantly aromatic, yielding a distinctive flavor in cooking and beverages.

It is truly a very useful culinary herb.  It is said to have invigorating effect, and helps to restore energy and that I have experienced.

In Jamaica, it is sold everywhere, even on the street sides.

Rosemary tea was also given to the mentally challenged to strengthen the brain.

Greek students wore wreaths of rosemary herb, and drank the tea when studying for examinations to strengthen the memory.

During the times of epidemic and plagues in Europe,  rosemary medicinal herb was burnt and simmered in open pots to kill germs and viruses in the air, thereby preventing them from spreading.

It was the key in controlling the spread of diseases in those times. It was a natural germicidal and herbal disinfectant plant.

The Romans use it to embalm the dead.  It is also a natural insect repellent.

Soak some rosemary leaves in olive oil for two weeks, then use it on the skin to ward off mosquitoes and other insects.  This really works for me.

I also make rosemary tea and put two to three tablespoonfuls in lotion or Vaseline to be used on the skin.

It is used to calm and soothe the nerves, relieve mental fatigue and headaches, especially migraine headaches.

It is most useful for gum and mouth problems, and bad breath because of its disinfectant properties, improves hearing, relieves nasal congestion, asthma attacks, chest congestion, prostate conditions and female complaints.

It is used in folk medicine as an antispasmodic and it also relaxes the muscles of the trachea and decreases the production of leukotrienes which cause inflammation.

It may be used to treat arthritis, backache, gout as well as muscle cramps.

Also a culinary herb,  rosemary herb is used in food preparation, thereby making its way in many rosemary recipes.

Rosemary flavors the food as well as purifies it by acting as a natural preservative to prevent souring or spoiling.  Long before the existence of refrigerators, rosemary combined with oregano and thyme were used to preserve meat.

I have always heard of rosemary water, which is used for medicinal purposes as well as culinary purposes.

Rosemary herb also contains essential oil which is used in perfumes and in medicine.  The essential oil may be inhaled to give an invigorating and spirited feeling.

It is used as hair and scalp rinse because it cures dandruff and other scalp ailments. It also strengthens the hair and with regular use it will restore natural color to the hair and make it grow.

In addition, massaging the scalp with rosemary oil combine with olive oil is a very good remedy for promoting and enhancing hair growth as well and it is also useful to aid circulation of the scalp.

Mix rosemary with mint or some other aromatic herb to make tea, and if taking rosemary herb tea alone, sip it slowly.

Return from rosemary herb to herbs for diseases

Return from rosemary herb to homepage