Scotch broom medicinal herb may be used to ease constipation 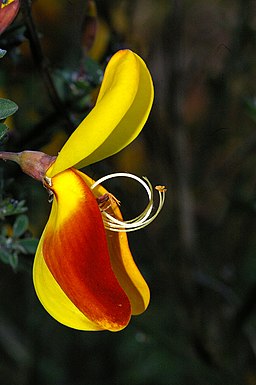 Scotch broom (Cytisus scoparius) medicinal herb is an invasive weed that is commonly called broom and it is native to Western Europe. It can be a potted plant as well as used as border plant. It was introduced to the United States as an ornamental plant during the eighteenth century.

The common names are Broom tops, Common broom, Broom flowers as well as Irish broom. The main parts used as herbal medicine are the top and seeds.

It is a woody perennial plant of the Fabaceae family. The Yaqui medicine man believed that there were extraordinary powers attached to this herb, so it was utilized for its magical powers.

It is classified as an invasive species in certain areas.

It appears that it was given this name due to the fact that the plants were once cut at the base and then tied to the end of a stick to create a broom.

The benefits of this medicinal herb are many and this is an important alternative medicine to treat various ailments. So for many years it has been used as an herbal remedy.

It is also used to induce vomiting. The seeds were once used in tincture form.

This herbal medicine is used to treat heart and blood circulatory problems. it is also excellent in regards to increasing urine. Therefore it can be seen as diuretic herb.

An ointment made from broom will get rid of lice. There are natural salts found in the plant which which is easy on the stomach.

As a dosage, an infusion of one ounce of the dried tops infused in one pint of boiling water for fifteen minutes is good enough.

After the fifteen minutes, strain and then a large mouthful at a time may be consumed.

This herb should not be utilized if a person suffers the conditions of high blood pressure, kidney disorders, spleen disorders as well as liver disorders. Do not use if you are pregnant or breastfeeding.

Due to its high toxic contents, some countries have banned the entry of this herb. It is very toxic if it is eaten and only the required dosage should be taken.

An overdose can be very fatal for the individual due to the contents of alkaloids which can cause dangerous levels of respiratory problems. It is also very toxic for animals.

In the past it was smoked to induce labor. However, this habit is now discontinued because of the dangers that are attributed to scotch broom.