Summer Savory is used as Medicinal and Culinary Herb 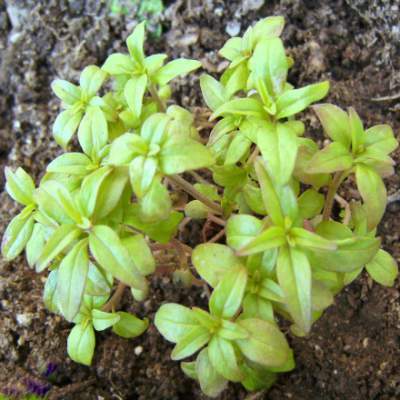 Summer savory (Satureja hortensis) medicinal herb is a plant that is native to the Mediterranean region and it is an annual medicinal plant.  The Romans introduced it to England where it was used as an ingredient in stuffing instead of an herbal remedy.

Nonetheless, the Romans used it as a medicine, a bee sting treatment and also as an aphrodisiac for thousands of years.  the main parts used for medicine are the essential oil as well as the flowering tops.

The medicinal properties are vermifuge, stomachic, antiscorbutic, emmenagogue, diuretic, as well as febrifuge.  It contains a rich source of potassium and the primary constituents of the essential oil from this herb is estragole.  Other constituents are tannins, terpineol and carvone.

Some of its common names are Bean herb, Savory, Mountain savory, Satureja hortensis as well as Poivrette.

It is a member of the mint family and it is a very popular plant in Atlantic Canada where it is widely used in potato stuffing.  This herb has lilac tubular flowers which bloom from July to September.

Its culture and the use of its medicinal leaves are popular in Germany, where it is known as "bohnenkraut" which means "bean herb."

It can be reaped in two months of sowing once it reaches a reasonable length and it is quite similar in use to the perennial winter savory.

It may be sown at anytime in countries where there is no harsh winter,  but some individuals prefer to sow it in the Springtime. The fresh and dried leaves are primarily used.

The less succulent leaves of herbs such as sage, rosemary, thyme, as well as savory which contain less moisture, can be partially dried in the sun without affecting their color.

It was seen as primary when it comes to the treatment of colic as well as a cure for flatulence.  It was also seen as a good expectorant and it aids and soothes in digestion.

Savory is also seen as an aphrodisiac herb and it may be used to alleviate frequent thirst, especially for persons who are diabetic.

The old authorities as well as the modern gardeners agree that a sprig of either the winter or savory rubbed on wasp and bee stings gives instant relief.

Culpeper and this medicinal herb

Culpeper, an herbalist and botanist, and who cataloged hundreds of medicinal herbs said that the juice dropped into the eyes can remove dimness of sight if it proceed from thin humours distilled from the brain.

He said the juice heated with oil of Roses and dropped in the ears removes noise and singing, and deafness. When outwardly applied with wheat flour, it gives ease to sciatica and palsied members.

Culpeper also said that to keep savory dry, make conserves and syrups of it for your use,  for which purpose the summer kind is best. This kind is both hotter and drier than the winter kind. It expels tough phlegm from the chest and lungs, quickens the dull spirits in lethargy.

A tea made from this medicinal herb can be effective in the treatment of diarrhea as well as it may be used to open the appetite.  Summer savory can also be a remedy for headaches.

Return from summer savory to herbs