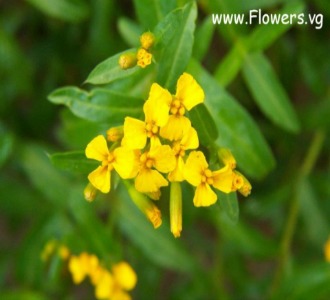 Tarragon (Artemisia dracunculus) medicinal herb is a plant that is native to Russia and Mongolia.  It is related to the Sunflower family or the Compositae family and there are two distinct breeds of this plant which are Russian and French.

Nevertheless, once you go out shopping and purchase it for your pantry or a preferred recipe it can be guaranteed that you chose the dried leaves because that is the purpose it is most frequently used and sold for.

It is a perennial herb which loves hot climate and the whole herb can be used for culinary as well medicinal purposes.

The primary constituents of the essential oil from the French herb is estragole, vitamin A and C, a rich source of potassium, protein, coumarins, folate, beta pinene and camphene.

It is used as a flavor

This medicinal herb possesses a moderately bittersweet flavor to it, nearly resembling anise with a trace of licorice flavor.

It does not bear a long history like most of the other culinary herbs. One of the proofs is that it was brought into the United States in the nineteenth century.

It does however, have a few references about being utilized in England long before the current time.

Traditionally, it is used to season things like vinegar, relishes, pickles, mustard, and other various sauces. The leaves can be used to make an excellent pickle.

Nonetheless, sometime as early as the 13th century it became widely utilized for flavoring vegetables, inducing sleep, and will help to cure bad breath.

It was during the 16th century that it became more widely acknowledged.

The one which is sold in the United States nowadays, is not the real one simply instead, it is the Russian herb.

The real herb is the French tarragon and if you want to be sure that it is the right one you are getting it is best to grow your own.

It is not advisable to use dried out one since all of the active oils have been dried out of it. It is most effective to employ fresh one which needs to be used sparingly because of its pungent taste.

If you have reaped your own then place it in a Ziploc bag and put it in the freezer. When it is time for you to use it there is no need to defrost it but be reminded that heat compounds the flavor of the herb.

The meaning of tarragon

The name of this herb came from a French word which means "little dragon." There are two opinions about how these names occurred.

One view is that back in earlier times it was believed that it possessed the power to heal poisonous snake bites.

The other view is that it acquired this name because of the distinct roots that the this plant possesses that distinctly resembles that of a snake.

Deemed as one of the best culinary herbs, it is one of the primary ingredients when preparing many sauces.

Several people have testified that it does work well to increase appetite.  So it is a good medicinal herb to treat anorexia.

Also, the root was at one time used to cure toothaches. It is excellent for digestive aid and can prevent heart attacks.

This medicinal herb can be used to bring on menstruation and can be also be used to treat high blood pressure.

It is best to infuse the leaves and consume two time per day for best result.

1. Cook pasta according to the directions on the package. Then drain thoroughly.  Coat a non stick skillet or omelet pan, preferably 10 inches, with spray then add the drained pasta.

2. Stir in tarragon as well as the cheese until pasta is well coated with cheese. Next, add steamed vegetables and stir until evenly coated with the cheese.  Stirring occasionally, cook over medium heat until mixture begins to sizzle.

3. Using the back of a spoon, carefully make four indentations in pasta mixture. Break and pour each egg in each indentation.

4. Cover and allow to cook until egg whites are completely set and yolks begin to thicken but are not hard.  This should be done about five to seven minutes. Serve 4.

5. Enjoy your cheesy pasta, veggie and egg with tarragon.