Wormwood Medicinal Herb is a Remedy for Stress Related Conditions 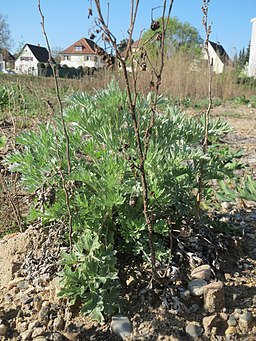 Wormwood (Artemisia absinthium) medicinal herb is a plant of the daisy family, Asteraceae.  Although there is some similarity to mugwort, it may be called an aromatic herb. It is very effective in keeping away insects and rodents such as fleas, moths, flies, lice, roaches and also rats. It was once used and kept in granaries to keep away rats, worms and other insects from grains, flour and animal feed.

It is a perennial plant that is native to Europe, Africa as well as Asia. However, it has spread to the United States of America where it widely grown in various areas.

The whole plant may be used as medicine and the volatile oil that can be extracted may also be used medicinally.

It is an alternative medicine for stomach problems such as gas, colic, and also digestion. It is also used in some areas for jaundice, eye problems, epilepsy, and can be placed as a poultice on black and blue marks or a sprain ankle.

In Jamaica and the rest of the Caribbean it is used as a remedy for menstrual conditions including a delayed period.  This medicinal herb may also be used to treat liver conditions, biliousness and fever.

This plant is so special that even the great Hippocrates of Cos who was an ancient Greek Physician of the Age of Pericles recommended this herb as herbal remedy for menstrual pains, jaundice, rheumatism as well as jaundice.

According to its name, it has long been used in herbal remedies to rid the body of all kinds of worms and other parasites that will invade the body system.

Since I was a child, I have always heard of this plant, especially from the older folks who had been using it for ages.

It will go down in history as one that was banned by the French government.  They declared it as an unsafe herb, hence it was adopted worldwide as such.

However, currently it is seen as an excellent medicinal herb to destroy parasites in the body and to remedy other various ailments.

According to research done it can be effective against breast cancer, leukemia, and bone cancer. It is also good to treat indigestion and poor appetite.

One cup of the tea per day is good enough, taking large swallows at a time.   Steep one teaspoonful of the dried herb in a cup of boiling water for approximately thirty minutes.

Fomentation from the hot tea may also be used for sprains, swellings, arthritis and also rheumatism.  Do not take large doses as this herb can be poisonous.

It is an ingredient in absinthe drink

During the 1900s decade, wormwood was used to flavor absinthe which is a potent narcotic drink. In these times it was primarily used as an alcoholic beverage. If this drink was abused in consumption then it would cause drunkenness as well as hallucinations.

Absinthe was brought into existence by Dr. Pierre Ordinaire during the eighteenth century. He made this spirit by distilling wormwood along with other herbs, such as anise with alcohol.

At that time, its sole purpose was for treatment of his patients who suffered with different kinds of ailments. Today, this medicinal herb is used as an ingredient in various liquors.

In the year 2000, researchers at Berkeley, the University of California as well as the Northwestern University Medical School of Chicago discovered this herb.  Along with substances of absinthe, it can boost the mental health of the brain, which they referred to as CNS cholinergic receptor binding activity.

Wormwood medicinal herb is available in the form of essential oil, tincture, capsules and tablets.